Rehabilitation of wildlife casualties requires a licence and a large investment of time and resources. It is mainly in the animal’s best interest to transfer it to an appropriately trained and equipped individual/organisation as soon as possible.

Before attempting to capture a wildlife casualty:

Does it need rescuing?

IT DOES NEED RESCUING, WHAT NEXT?

Ideally stay with the casualty until someone comes to help

Trap capture (if mobile and unsuccessful with net)

Capture notes
Even if the animal is blind, a net will often still be required for capture
If casualty is on a road, attempt capture from road side and herd away from road
Consider personal safety on roads e.g. reflective jackets, warning signs
Crouch down when approaching – you appear less of a threat
Approach slowly, stopping if animal appears ready to flee

NEVER LIFT BY THE EARS

Hold securely around the body, or hold by the scruff, and support rump as you lift
Spine is easily damaged if animal struggles too much with their back legs
Do not handle unnecessarily
Once captured do not try to calm animal by talking to it
Keep other domestic animals away

See SUPPLIES page for food and equipment mentioned below

Housing
Will climb out of container if not fully enclosed
Line container with newspaper covered with old towel
Cover container for stress reduction
House in quiet area away from domestic animals
Suggestions:

See SUPPLIES page for food and equipment mentioned below

Housing – kit/leveret
Will climb out of container if not fully enclosed
Line container with newspaper covered with old towel
Cover container for stress reduction
House in quiet area away from domestic animals
Allow to rest between feeds, only handle for feeding
Suggestions:

DANGER – Aspiration Pneumonia – inhaling fluid into the lungs
If a bubble of liquid appears at the nose or the kit/leveret starts sneezing or shaking its head, stop feeding immediately and tilt the head down allow any fluid to drain out. Dab with tissue, take a break, and then start again very slowly

Take to vet for antibiotics and other respiratory drugs if kit/leveret inhales fluids and starts coughing for an extended period of time, breathing heavily or breathing with mouth open

Theoretically they may be fed up to 30% body weight per day, depending on appetite
Table above is ROUGH guide, each individual is different
In general offer as much as they will take, they will stop when they’re full
If they are unwilling to wake up and feed, extend the gap between feeds by ½ hour


Rehabilitation of wildlife casualties requires a licence and a large investment of time and resources. It is mainly in the animal’s best interest to transfer it to an appropriately trained and equipped individual/organisation as soon as possible.

Before attempting to capture a wildlife casualty:

Hand–rearing should not be undertaken unless:

Weaning
Leverets wean earlier than kits
Leverets can be eating grass by 10 days of age
If bedded on hay they’ll begin eating it during the weaning process
Wean rabbits when teeth erupt, roughly 15 days of age
Encourage them to drink milk from bowl, should finish milk at roughly 4wks
Attach water drinking bottle to side of cage
Offer fresh grass, dandelion leaves, clover, and chickweed
Entice with small pieces of banana or Farley’s rusks
Provide Dry Rabbit Mix

Vaccination
Pre release vaccination is recommended against:
Myxomatosis – after 6 wks of age

Careful assessment and appropriate health checks should be carried out prior to release, as to the risks of released animals introducing new diseases into the wild population/environment

Release criteria/considerations
Need to be wild – wary/scared of humans, domestic animals and any other natural predators
Must be physically fit, mentally sound, stable body weight for over 7 days
Can’t be released if underweight, unable to recognise/eat normal diet etc
Must be of an appropriate weight for the age, sex, and time of year for the species
Do not release in winter unless it has sufficient body weight to cope with the cold
Ideally return to original location unless dangerous or unsuitable
Release away from roads, species specific predators, areas where they could cause damage
Consider natural history of the animal and the location of local wild groups of these animals
Release during a period of favourable weather
Ideally identify animal in some way e.g. tag, for post release monitoring/identification

Hard release candidates
Hard release technique only suitable if animal rescued as an adult and only if in captivity for short period of time, and only if to be released where originally found

Species specific considerations
Release away from main roads, in natural habitat, away from areas used for hunting, shooting, trapping, hare coursing, or where rabbits could cause agricultural damage

Technique
Ideally return to exact location animal was rescued
Open carrying cage and let animal leave in its own time
Release at dusk, on a mild night, and leave

Soft release technique
Soft release aims to slowly reintroduce the animal to the wild while still in a comfort zone e.g. cage it was reared in, and allow the animal to leave the cage once confident and independent
It involves continuing to care for animals at the release site, and aims to compensate for difficulties of newly released animals finding food and shelter in a new environment

Soft release candidates
Essential release method for hand reared animals
Also suitable for adults that have been in care for a long period of time, or animals that cannot be released back to where they were found and so have to establish a new territory

Species specific considerations
Need to be approx 10 wks of age

Technique
Temporary cage placed in release location
Cage fully enclosed and containing complete with covered bedding area, natural cover, food and water
Animal fed only natural foods it will come across in the wild
Cage opened and left in–situ for animal to come and go until it feels confident enough not to return
Food provided, decreasing in quantity, until the animal no longer returns
Soft release may take days – weeks

“The Minister may grant a licence to a person to have in possession, for a reasonable period of time —

Let us not waste time complaining about the excessive bureaucratic legislation covering wildlife today. The intent was to provide protection for wildlife and the data is valuable.

If we don’t want to be legislated upon, or don’t like current legislation, we must offer legislative solutions. Apply for your licences but also email  your ideas for a more practicable solution for ‘policing wildlife rehabilitation’ in Ireland, to info@irishwildlifematters.ie

“Never doubt that a small group of thoughtful, committed citizens can change the world. Indeed, it is the only thing that ever has.” (Margaret Mead)

Exemptions
Classified as a game or quarry species and may be hunted in open season with gun licence issued from the Garda
May be caught for coursing during open season, hares caught for coursing carried out under licence from NPWS to Irish Coursing Club, must comply with the rules of the Irish Coursing Club.
A specific licence can be obtained to course hares outside the open season.
The Minister may grant a licence to capture or kill for educational, scientific or other purposes
Hare hunting completely prohibited near Wexford Wildfowl Reserve.

Rescue and Rehabilitation
Due to their status as a protected species, a *licence MUST be applied for to the NPWS ‘to possess/retain an injured or disabled wild bird/animal’

Post to the address below OR email to wildlifelicence@ahg.gov.ie

Classified as a pest species so no licence required

Safeguards
Wildlife Order N.I – no hunting on Sundays or on Christmas Day
Shooting of wildlife for pleasure or sport is not permitted in National Parks or Nature Reserves owned by the State

Rescue and Rehabilitation
No licence required

Release
No licence so no legislation

This legislation section is not intended to cover all aspect of legislation associated with this particular wildlife species, in all instances, the current legislation and appropriate statutory bodies should be consulted.


This section is designed specifically for veterinary surgeons

Clinical Signs – overgrown incisors due to misaligned or damaged teeth
Diagnosis – clinical signs
Treatment – shorten incisors, possibly surgery if due to trauma
Comments – will overgrow again if misalignment not rectified. Un–releasable if untreatable

This section is designed specifically for veterinary surgeons
Drugs & Dosages 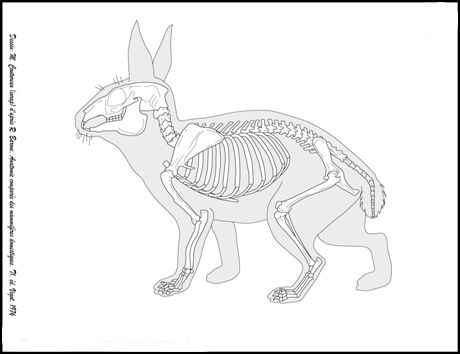 NEVER LIFT BY THE EARS

Hold securely around the body, or hold by the scruff, and support rump as you lift
Spine is easily damaged if they struggle too much with their back legs
Struggle and can scratch with back legs
Care, may freeze then suddenly jump

RTA casualties will often be suffering volume related shock, treat as below

Steroids (ONLY if CNS trauma e.g. ‘Solu medrone V’ or dexamethasone)
Antibiotics if appropriate, IV
After treatment for shock, attend to conditions that are life threatening or could worsen over 24hrs

Assess every few hours. As soon as stable, sedate, examine thoroughly, and decide on a treatment plan or euthanise as appropriate